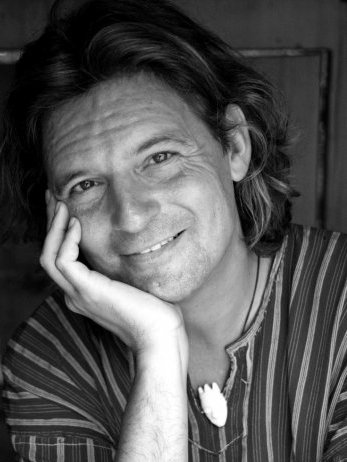 Niko Karo - director, photographer, author & soulmate, was born in Reutlingen, Baden-Würtemberg. After school he studied life as a junior hippy, price winning film student and traveled the world as an outstanding commercial director. Founded Yakuza Film in 1985 with his best HFF filmschool mate at that time Sönke Wortmann. Yakuza films became pretty successful and helped the careers of great talents like Caroline Link and Anno Saul on their way up. Encouraged by the British Feature& Commercial Director Alan Parker he founded GAP- German Answer productions in 1991.GAP quickly established itself as a major player for the production of high quality and long running commercial and advertising campaigns.
C&A Daydream was the first breakthrough for the young company. C&A Indian Spirit was voted Best Campaign of 1994 and inspired a new generation of young filmmakers and commercial directors in the art of free spirit storytelling.

Nikolai Karo's commercials are small pieces of 'feel-good-art', spiced with deeper meanings and hidden messages, that reflect his mastery in storytelling and creating a strong emotional impact. By using evocative imagery, sound and music, he puts an indelible mark on campaigns for C&A, Gösser, Nivea, Lufthansa, Deutsche Post, Mattoni,, Jacobs, Deichmann and many others. His 'Tuareg' commercial for Jacobs Coffee, started as a project for smaller markets and turned out to became a worldwide runner. Amongst numerous commercial awards and prizes on all major festivals, Niko Karo has won the Bundesfilmprize in Gold for 'Noblesse Oblige' (1988).

Creativity to him means to see the world with the eyes of a child, to risk a deeper look without prejudice and to experience what lies beneath in every moment.

Creativity is the hope to inspire the world with Art and Beauty.

Creativity is Mitakuye Oyasin - the believe, that all belongs together.

In 1999 he founded soulmate, as an independent global alliance of artists and friends .

He's a member of the Directors Guild of America, the Art Directors Club Germany and the Deutsche Filmakademie.